LONDON, UK, September 07, 2022 – (SEAPRWire) – CalltoCombat, a metaverse-style MMORPG [massively multiplayer online role-playing game] based on the Binance Smart Chain [BSC] and designed by a team of game developers and blockchain experts, has announced the launch of its gaming platform, the novel MMORPG on BSC. 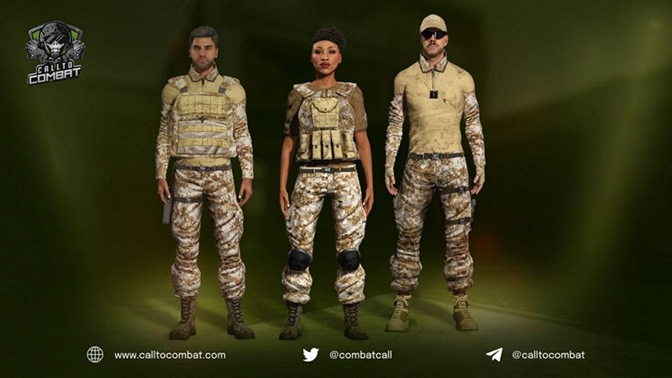 CalltoCombat introduces a game where users must embark on numerous journeys to rescue abducted hostages and kill enemies. With an IDO release scheduled for November 5th, 2022, the co-founder of CalltoCombat points to the redefining potential of the metaverse as something to envisage.

“The metaverse keeps redefining itself, with millions of users venturing in daily, it is without a doubt that the metaverse will be the landmark for the future.” – Mark Boyd, co-founder of CalltoCombat.

CalltoCombat arms players with various real-world ammunition for this life-threatening journey. Players all start as lieutenants or soldiers and must kill and rescue abductees to increase their ranks, just like in the military. CalltoCombat splits missions into different levels, each with unique objectives players must attain to earn rewards and progress further.

There are five character ranks on CalltoCombat—Lieutenant, Captain, Major, Colonel, and General. Each gamer starts as a lieutenant and moves up to the higher positions after several missions. The higher the rank, the higher the reward.

Players will receive a mission statement comprising the predetermined goal for the level, a handgun, and nothing more than ten grenades to get started. In the course of the game, players can exchange their arsenal with that of their fallen comrades. CalltoCombat will allow gamers to handle weapons such as the M134 GAU-17 Gun and a list of others.

CalltoCombat piggybacks on the military-styled warfare approach. Each player receives a limited firepower and life span called the Health Bar. Players can purchase in-game materials like medical kits [medkits] to heal themselves after battle injuries.

CalltoCombat does not only offer immersive, exciting, and enthralling gameplay; it provides rewards to gamers. Players can earn $COMBAT—CalltoCombat’s native tokens—each time they fulfill all level objectives. $COMBAT is an in-game token and a cryptocurrency that can be purchased on centralized and decentralized exchanges.

Yet another exciting feature is the incorporation of the hold-to-earn model. CalltoCombat will grant gamers that acquire—either by accomplishing all predetermined gaming objectives or through outright purchase from an exchange—and hold $COMBAT active participation in a plethora of giveaways, reward systems, and a variety of benefits.

In an unprecedented fashion, CalltoCombat commingles emerging trends like decentralized finance, NFTs, and the budding GameFi space to deliver a compelling, genuinely immersive and exceptional gaming experience. CalltoCombat will carry out an IDO on November 5, 2022.

CalltoCombat is an MMORPG based on the BSC. It introduces an entirely new concept to the dynamic P2E and GameFi industries. Piggybacking on the traditional military warfare structure, CalltoCombat requires users to embark on missions to rescue abducted individuals from their captors. CalltoCombat leverages NFT technology to deliver a non-fungible token role-playing game.

The article is provided by a third-party content provider. SEAPRWire ( https://www.seaprwire.com/ ) makes no warranties or representations in connection therewith. Any questions, please contact cs/at/SEAPRWire.com