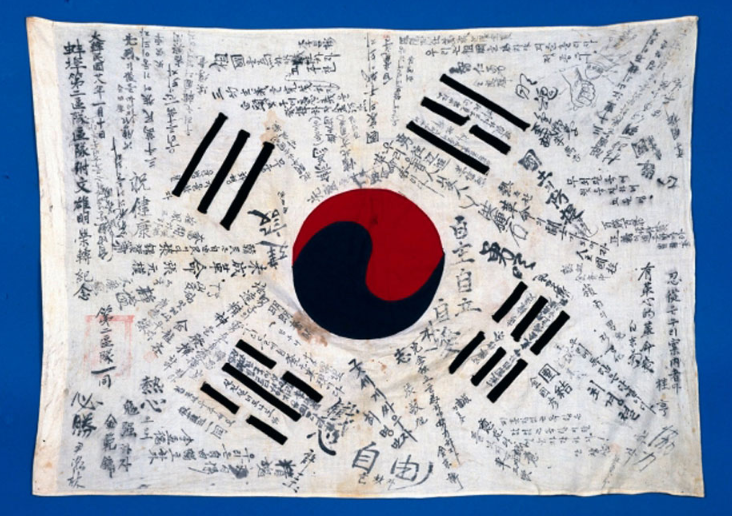 Korea and Japan are known to have had many conflicts over time, but according to historical fact, they have not suffered the same amount of damage. The truth is that Korea was unilaterally stripped and looted by Japan. But the actual story is not well known in the world, and many Japanese distort and deny their history of colonial rule.

However, a Korean company discovered the truth of a shocking story saying, ‘Even the Korean flag couldn’t be used for 10 years under Japanese surveillance”. Korean fashion company Lakai Korea released two types of bracelets on its international sales site informing people about National Liberation Day in Korea. The laser engraved design of the bracelet shows the history of Taegeukgi, and Taegeukgi with the handwriting of 70 Korean troops.

This is what the company wants to inform people of through the English translation. “Instead of weapons, Taegeukgi, which was a taboo item that could not be used for 10 years due to Japan’s colonial rule, and Taegeukgi, which contains the wishes of independence activists who wanted to reclaim their lost country, became the torch of the Independence Movement against the brutal Japanese oppression. We will engrave the dedication of the independence activists who brought back the lost light deeply in our hearts.”

They were conveying the sorrow of not being able to hold up their flag under the colonial rule of Japan.

The company has already taken the lead in spreading the true history of Korea. They use ‘engrave’ as their identity, which means that we will remember it deep within our hearts. In fact, telling the history of a country and giving meaning is a taboo in the fashion brand world. This is because the fashion market has a lot of common denominators around the world, and problems between countries may soon become problems for companies. Lakai Korea, which shows a management method that no one has ever tried, informs people of the history of Korea. And this identity is getting attention worldwide.

From COVID 19 to K-POP, the value of Korea increases, and interest in Korean products increases along with it. This Korean company with a strong Korean design is attracting attention. In addition, the products that have this historic meaning are sold at more than three times the price in all countries except Korea, causing some complaints among overseas customers. Rather, it acts as if you are buying Korean values, increasing the value of the brand.

In fact, many Koreans support Lakai Korea, which focuses on telling the truth about Korean history. I think that it is a company that promotes Korea and is passionately showing support for the rapid development and change there.