Today a land mark ruling was decided by Criminal Court Judge Ismail Rasheed after citing unconstitutional and unlawful procedures in investigation and Prosecution of Former Vice President and current President of Maldives Third-Way Democrats, a Political Party registered in 2018 in Maldives as center left political party with an ideology of Third-way Democratic values with a membership grass root from youth.

Double Jeopardy is cited as the investigation and prosecution was completed for these allegations by 2017 and all charges were submitted to court, which was overturned in 2019 by high court. While the high court decision was appealed in Supreme court, Police and then Prosecutor General Aishath Bisham started fresh investigation on same accusations and submitted the cases to Criminal Court on precondition that if Ahmed Adeeb confesses in the lower court the appeal in Supreme Court will be withdrawn by state.

Former Vice President of Maldives Ahmed Adeeb was elected as the President of the Party who was politically persecuted by the former regime. He was kept in isolated solitary confinement in a police custodial jail Dhoonidhoo even after he was sentenced from 2015 to 2018. And his Medical treatment was denied and even Amnesty International called for proper medical attention be provided to Ahmed Adeeb in 2017. 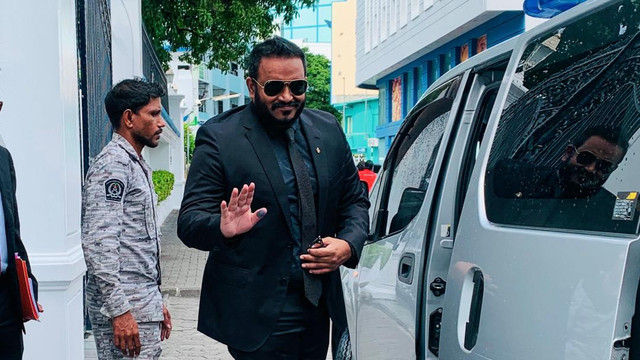 Consequence to overturning all the politically motivated charges and jail sentences against Ahmed Adeeb in 2019, The Prosecutor General Aishath Bisham met Ahmed Adeeb in Police headquarters and forced to sign an agreement named “Admission of guilt and providing cooperation’’ in which a clause contains forcing Ahmed Adeeb to confess for all the allegations against him by denying him medical treatment abroad if he rejects to confess.

Therefore, the judge ruled that the statements taken in these cases cannot be submitted or accepted to court in accordance to Constitution of Maldives, Also the judgement rules that there are clear unconstitutional and unlawful procedure that is self-evident from the agreements itself. Ahmed Adeeb and prosecutors were questioned in court and Ahmed Adeeb detailed the injustices against him by former Prosecutor General Aishath Bisham and Police.

MTD is seeking legal advice to submit all these unjustices done to Ahmed Adeeb from 2015 till now to UN Committee Against Torture CAT as an individual Complain filing from Ahmed Adeeb against the state. We ask authorities and international community to assist in getting justice to Mr. Ahmed Adeeb.